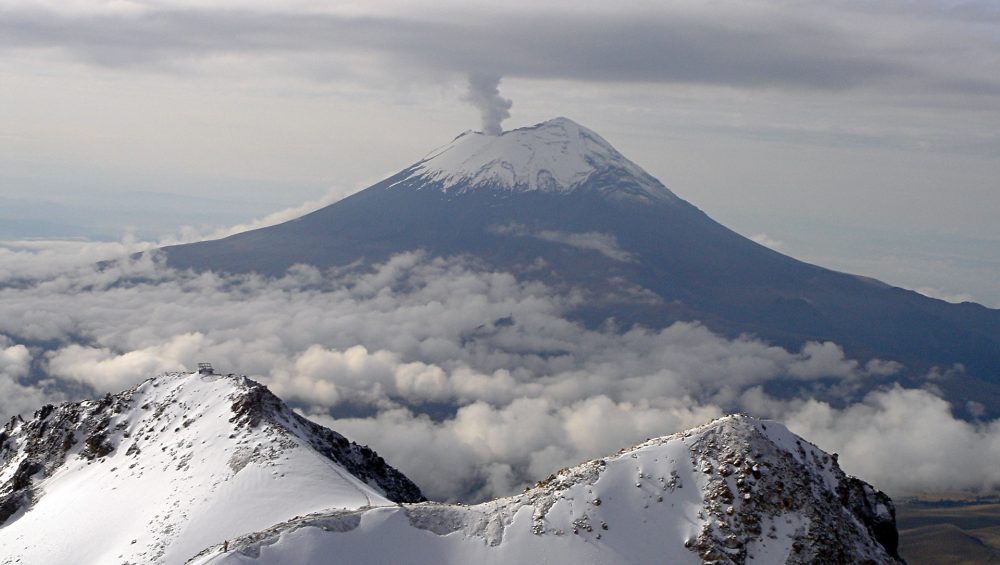 Recently I guided an enthusiastic Brasilian customer to the summit of our most climbed five-thousanders, Iztaccíhuatl and Citlaltépetl, or Pico de Orizaba. The eternal debate amongst alpinists came up: which of the two is the hardest to climb?

Let’s start with some basic measurements; in both cases we will consider the normal route; the Portillos, in the Iztaccíhuatl, and the North Face of the Pico de Orizaba.

The Iztaccíhuatl stands at 5,220 meters, and is normally climbed from La Joyita, where the main parking area is, at approximately 3,970 meters. The elevation gain is, therefore, of 1,250 vertical meters. The estimated distance is of fourteen kilometers, seven up and seven down.

The Pico de Orizaba has an altitude of 5,636 meters; one typically starts from the Piedra Grande hut, at about 4,240 meters. The elevation gain is of 1,396 meters. The total distance is also of fourteen kilometers.

Hence, one could state that Pico de Orizaba is objectively harder, as it has a bigger elevation gain, and it is also at higher altitude. In addition, the last 500 meters on the Jamapa Glacier are inevitably upwards; as Mr Joaquín Canchola puts it, “the Pico is like taking a beating!!!” (“El Pico es una madriza”). At the Iztaccíhuatl, one crosses the Ayoloco Glacier in a terrain that includes climbs, descents and a long horizontal section (the “Belly” of the glacier).

However, to assess the overall effort, there is another fundamental factor: which descent is the hardest? At the end of the day, every mountain must be descended, once you have reached the summit.

The answer is uncertain, but many like myself believe that Pico de Orizaba is easier to descend than Iztaccíhuatl. Why? Because going down, you lose altitude constantly, thru relatively simple terrain, while at Iztaccíhuatl you must make several parcial ascents, such as the Mound of Venus or The Knee, and you have to descend thru semi-technical terrain around the Cruz de Guadalajara (at 4,900 meters). In our particular case, going down the Pico was faster and less tiring that descending the White Woman.

Having said that, there are other factors than prevent us from reaching a quorum. For example, the start of the Ruta de los Portillos is has much less inclination than the beginning of the Pico’s normal route, which enables you to save energy. The state of the terrain, which depends on the weather, is another factor that can make negotiating The Labyrinth very simple, or highly complicated.

And you, alpinist mate, what do you think? Which is harder, the Izta or the Pico?